"The Push series" all together.


Posted by The Ocean Dragons No comments:
Email ThisBlogThis!Share to TwitterShare to FacebookShare to Pinterest 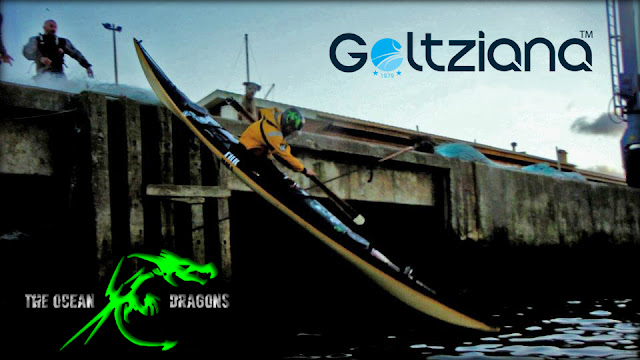 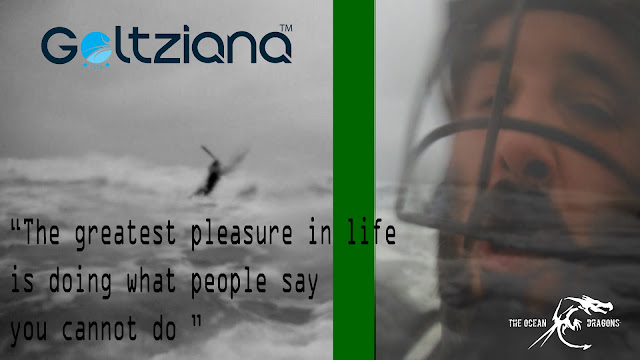 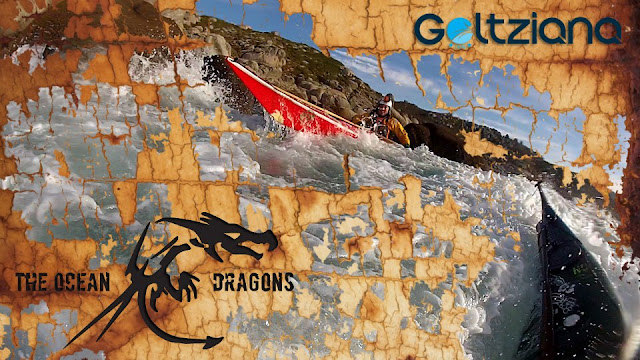 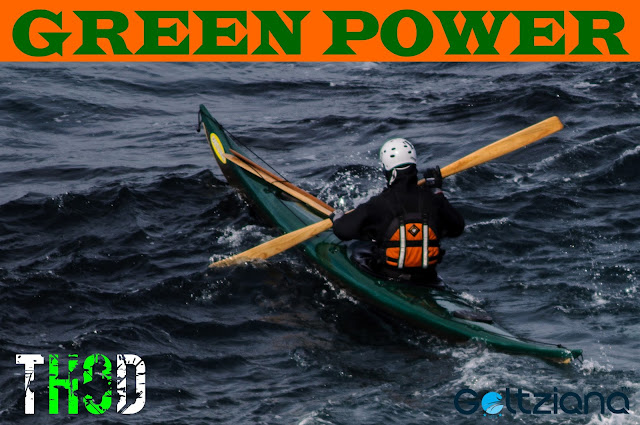 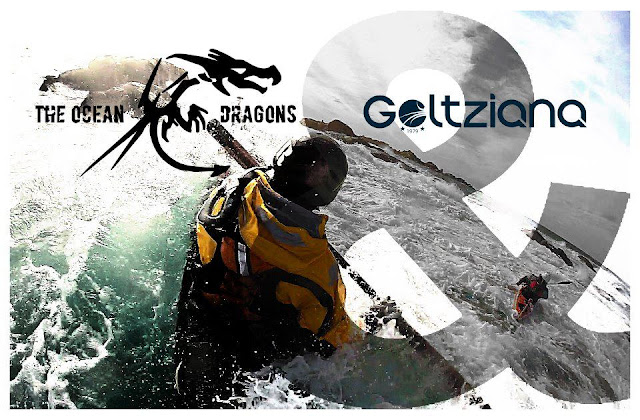 Posted by The Ocean Dragons 4 comments:
Email ThisBlogThis!Share to TwitterShare to FacebookShare to Pinterest 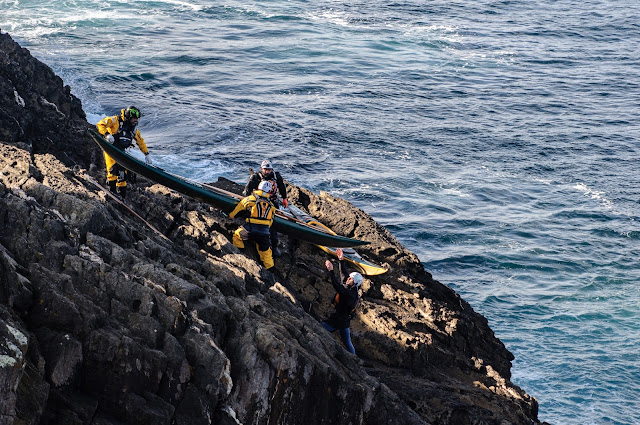 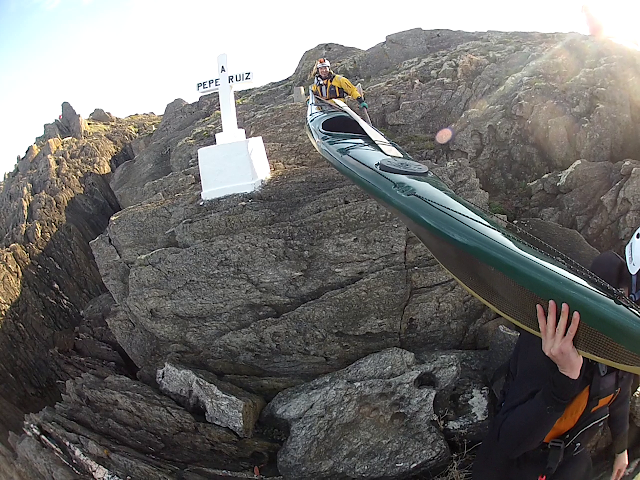 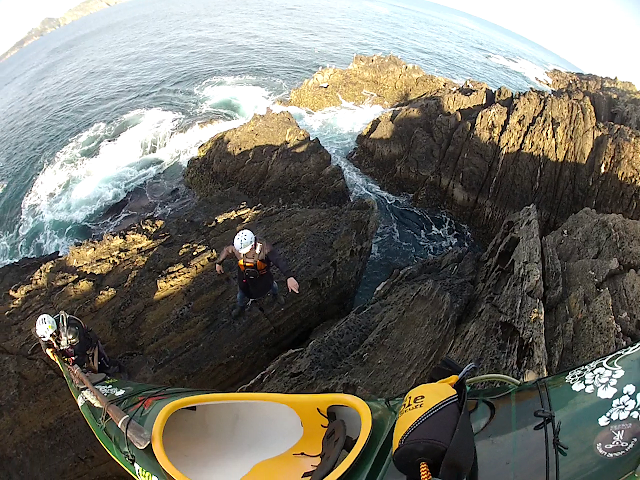 We were practicing rescues and swimming in rockgardens too, but....... it is another story and it will be told in other post. 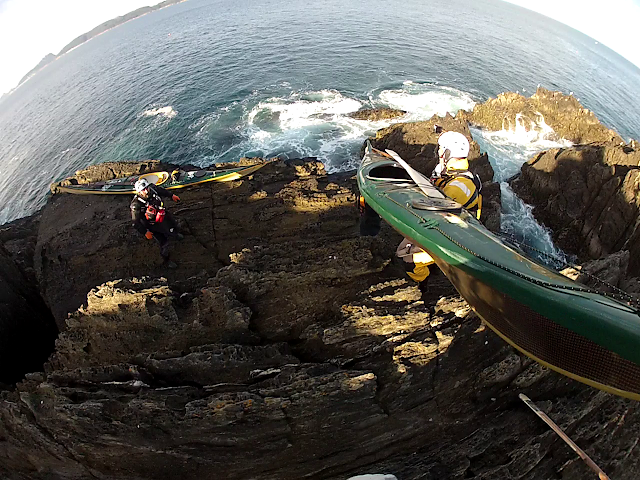 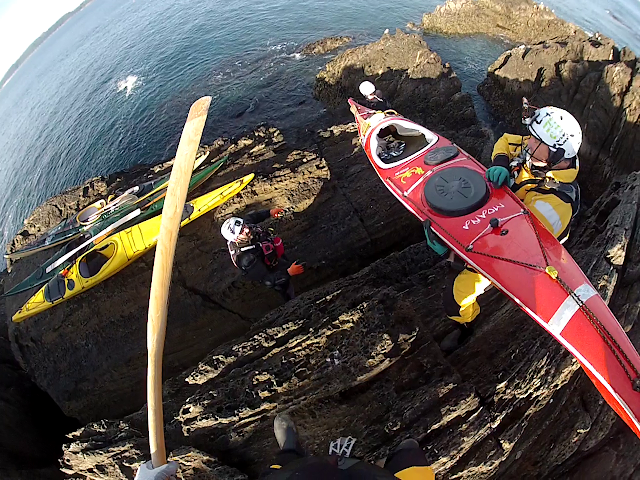 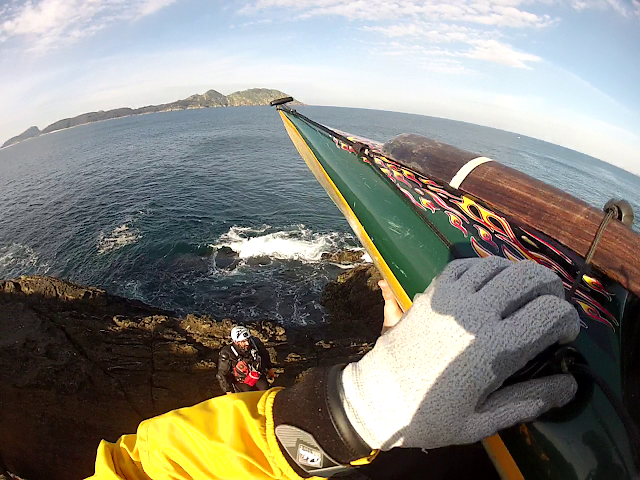 With the strong boats we use, the height of jumping and the rough transport  through the cliff were not a problem and the only thing we must be sure is that we are going to have depth enough to jump into an area clean of rocks. 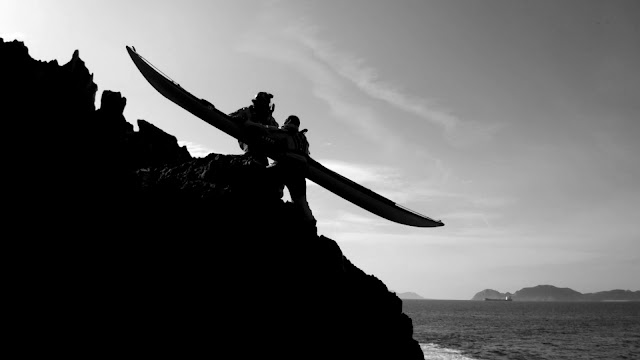 In moving water or when the jump is fairly high it is better to fasten the paddles under the deck lines. 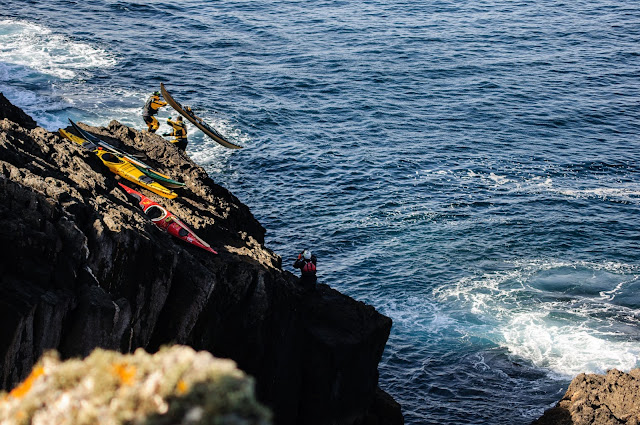 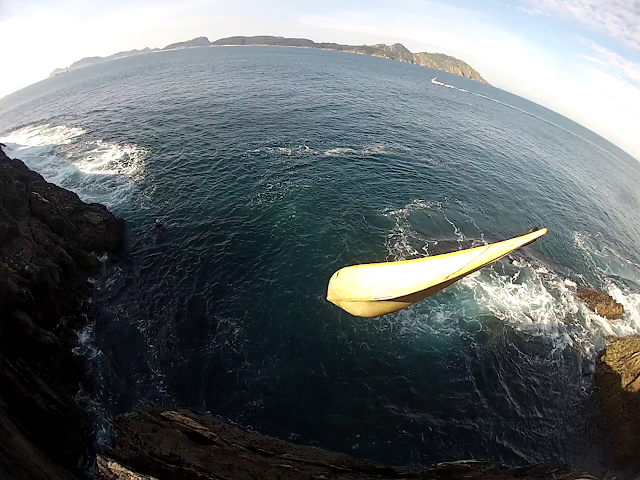 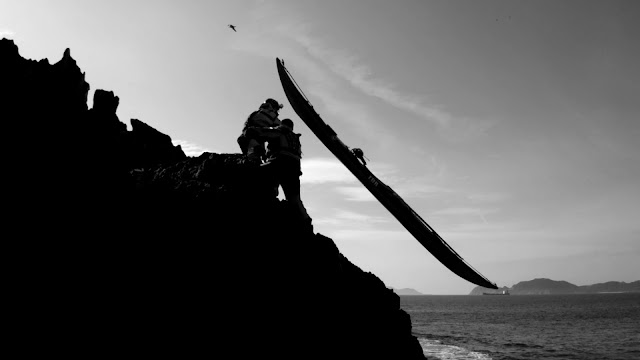 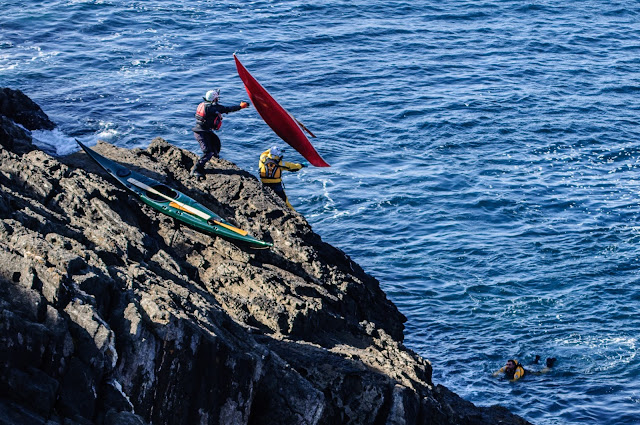 As you can see in the next pics: Don´t jump head first. Don´t open your legs. Don´t look down. Grab your PFD...... 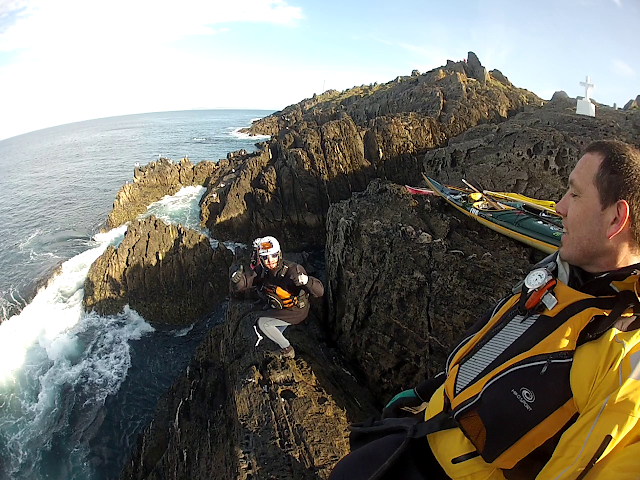 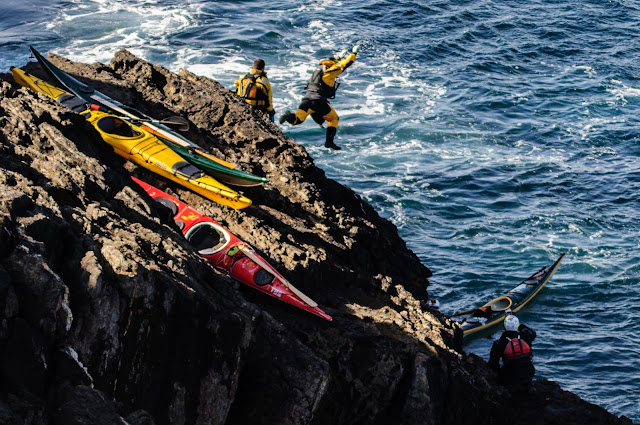 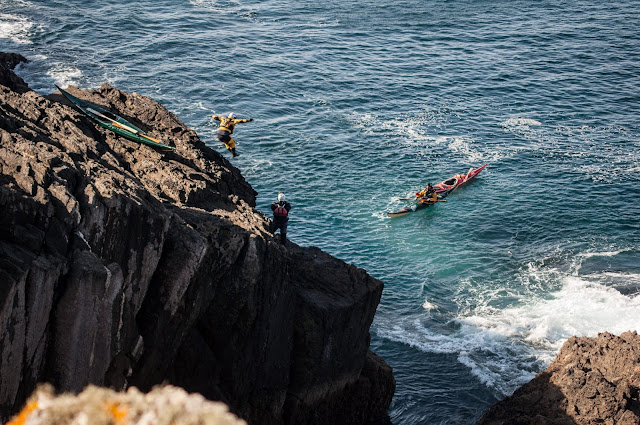 You could think that some of them seem  obviously ridiculous but......

Their mechanic, aerodynamic and hydrodynamics foundations are perfectly synchronize, 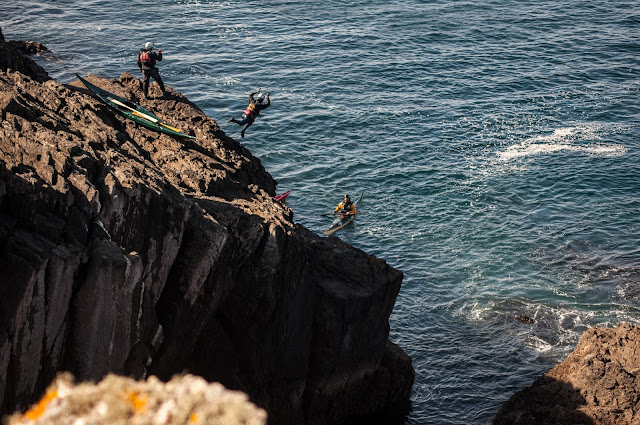 Once the first of us had recovered his boat, reentry and roll is the fast and the combat way. 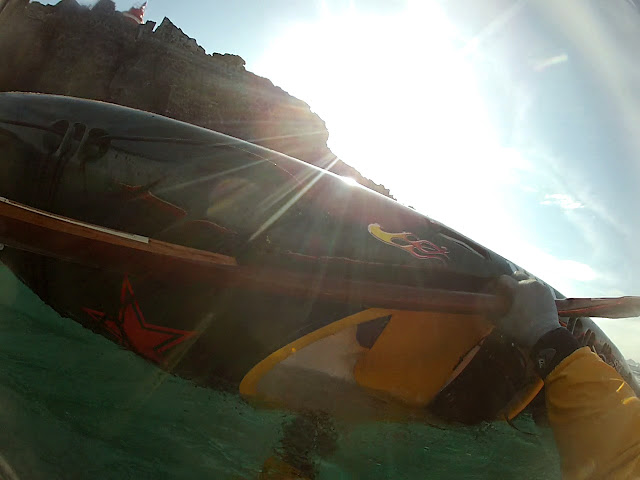 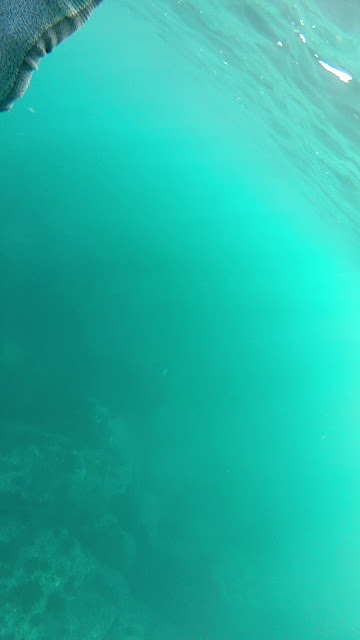 He is ready in a few seconds to assist to the next comrade
in his arrival to the water world !!!!! 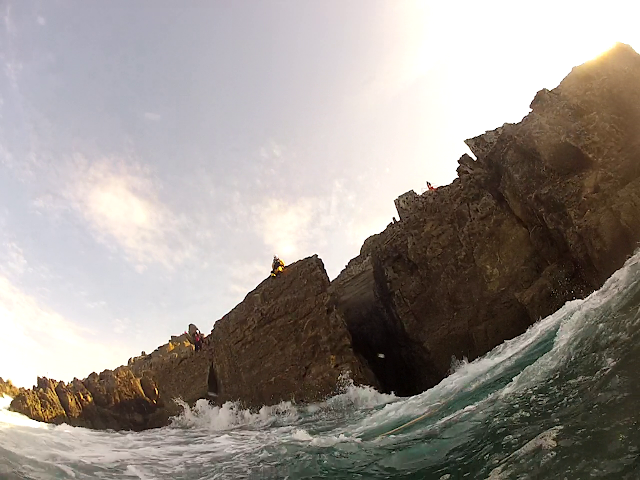 For landings, the best option in this case is to look for a calm water area where the cliff be easy to climb. 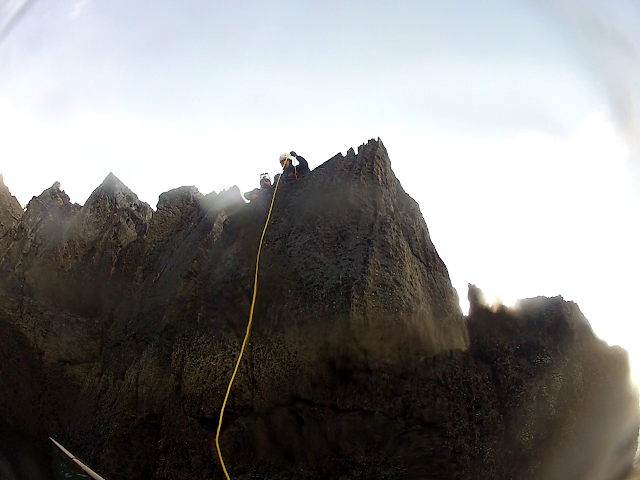 It's the moment to assign tasks.

(This is one of the jobs for "The Mad Sister of the Rock" in force. To remember who of us is nowadays The Mad Sister, you can review the January post about that) 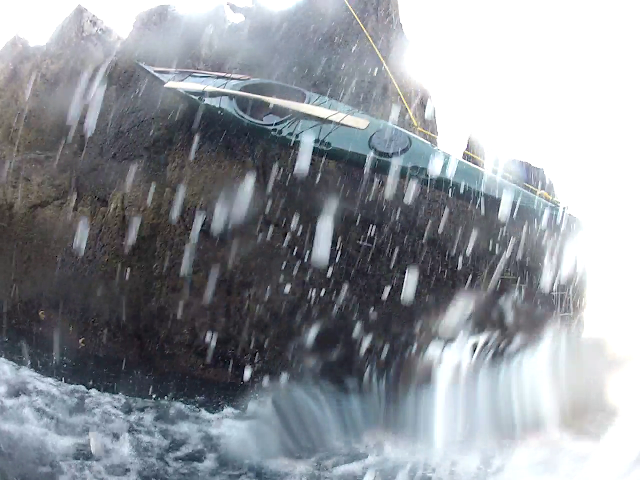 Two of us  climb the wall , one of us wait with the kayaks holding them all together. 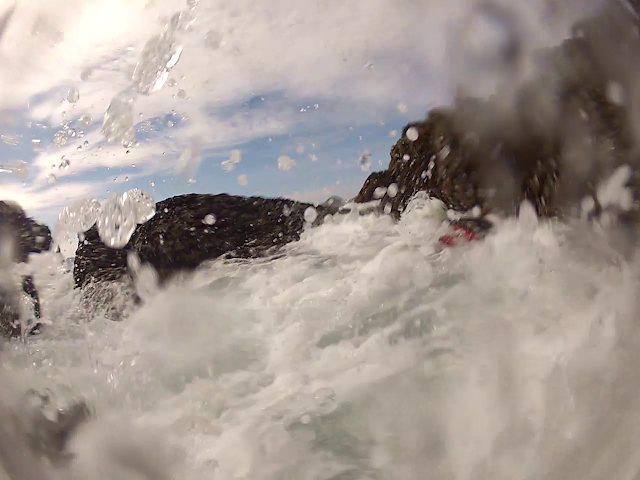 The fourth stay in the water as close as possible of the foot of the cliff to hook the kayak that is going to be raised with the rescue throwlines by the Dragons on land. 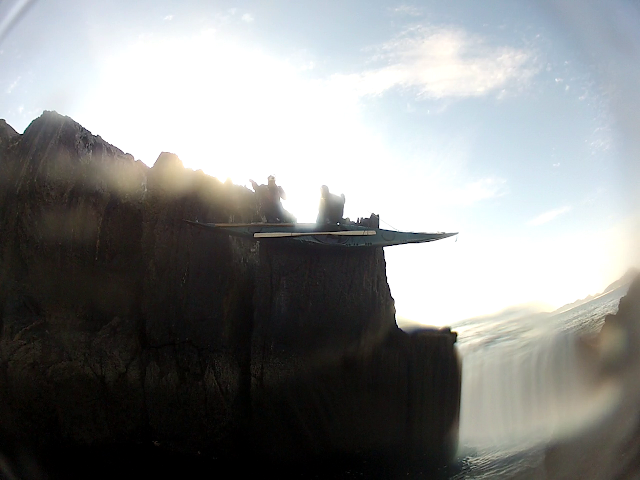 One after another, all the boats are reaching the top of the cliff. 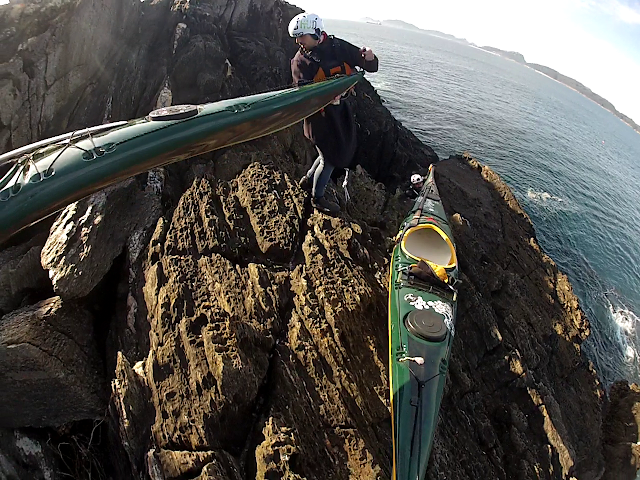 We want to be gratefull with our friend:


Most of these pictures were taken by him from land,
scaling like a goat,
jumping like a monkey,
crawling like a wild snake !!!
at the risk of breaking his equipment. 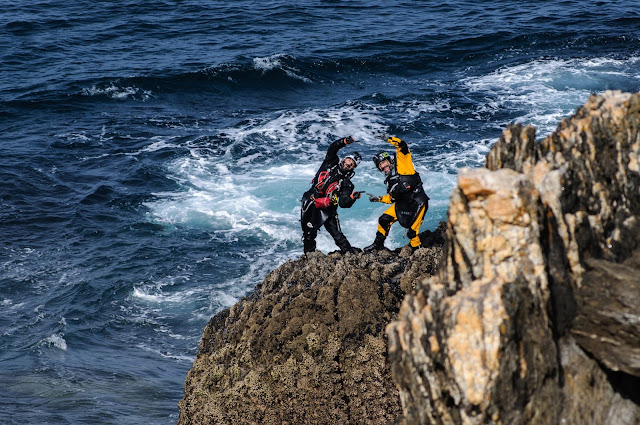