Last weekend in Bastiagueiro beach was celebrated the " ICE WAVES BASTIAGUEIRO " final round of the Iberian Cup of Kayaksurf and Wavesky.
Javi Diaz, the organizer of the event, put in touch with our friend Jakoi, who made an invitation in the forum www.kayakdemar.org in order to join the larger number of sea kayakers using the competition as a meeting for all kayak modalities.

THOD come on Saturday evening and take advantage of the last Sunlights to ride a few waves and to verify why this event was called ICE WAVES. 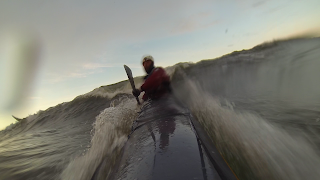 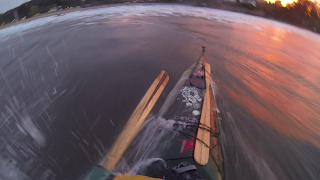 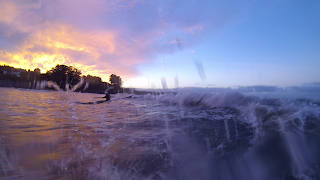 Once out of the water and already dry and dressed, we started the van with the intention to have dinner to A Coruña, but mysteriously we appeared in a bowling alley, where a beautiful Cuban waitress forced us to play 3 games to gain our freedom.


We could finally escape the bowling alley; it was late to go to the dinner, and we had to conform with a few hamburgers in a den of misery.

We returned as we could to bastiagueiro with the help of the FPS (Fugy Positioning System) and finally with the help of a local sweeper. Before lying down in the van to pass the night, we take a few drinks of Kiwi's liquor sat in the sand of the beach to attack the cold and humid wind that was flogging the place.

Next morning we get up early to see the finals with the company of Jakoy and his family. 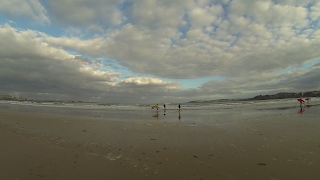 The sea betrayed us...... after a week of good waves, Sunday dawned with small two-footers, and the surf-kayakers could not delight us with their best tricks. Even though  that, we had a great morning seeing their maneuvers.

Later an octocopter recorded the competition and we all whirl around the operator to see the images closely on his screen.

Within a few minutes a smiling face came over to where we all were and she said to us: "Remember to take shoots to the girls, we are here also!! ".
That is true..........
a greeting to all these female warriors who tame the waves!!!!..maybe some day we will have also a Dragon Amazon in the tribe.

Our initial intention was to surf all together in the FREE SESSIONS of the evening, but due to the sea conditions, the participants for whom a long travel was waiting on the way returning home, decided to gather their boats and to take a well-deserved rest. Despite everything, in land we share information and knowledge with paddlers and kayaksurf manufacturers so the day was very gratifying and wealth-producing.

Next year we expect to be able to share with all of them lots of good moments in the water.

A special thanks to Jakoi for warning of the event and to receive THOD with opened arms and to Javi for organizing this impressive event, you can feel very PROUD Dude,

Posted by The Ocean Dragons 9 comments:
Email ThisBlogThis!Share to TwitterShare to FacebookShare to Pinterest

TOGETHER IN THE FOAM AGAIN

As we said in a previous post, for diverse reasons all the 4 THOD have not gone together to the water. So we decide to do a Tribute to the Gods  and … … … IT WORKS!!!!!!! 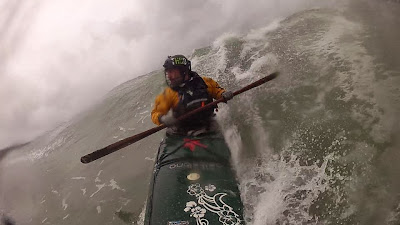 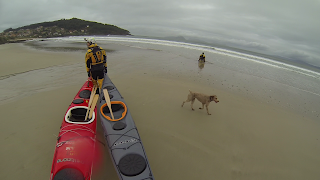 Last Weekend The Four dragons were again on the Ocean Board Game, fighting against dumping waves in a cloudy day.Up and Down, rolling over and over in one of our favorite spots of surf. 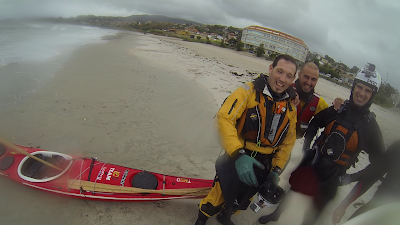 In addition, as compensation to these long weeks of wait, Xose came with a friend … …. Cris,

great kayaker and blogmaster of http://mundokaiak.blogspot.com.es/  one of the reference kayak-fishing pages in our country.  See also his Youtube Channel MUNDOKAIAK
( http://www.youtube.com/user/criskayak  ) 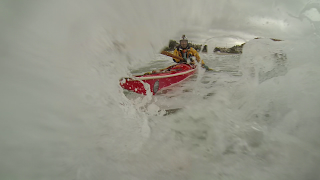 The day began early beside the beach with chats and coffees while the dragons were appearing in their cars. The first ones going to the water were Xose and Cris, so when the rest of us were going to the water, we already had a good reference that waves were striking hardly in the sand.

Finally we all enjoy good surf and with the passage of the morning, waves of better quality made their appear in the rissing tide. 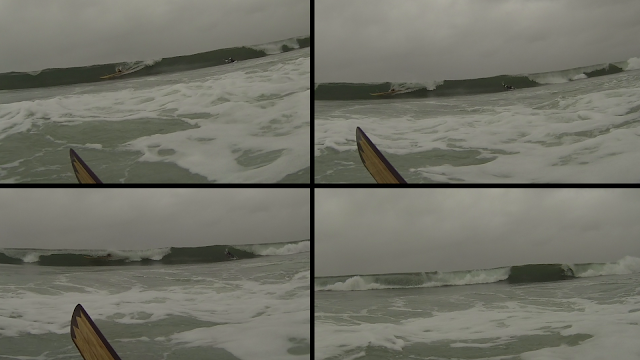 Finally, one morning all together, passing a good timet and with new and renewed ideas in mind for the next weeks … … .like the Phoenix, THOD re-arises with new energies after this small break 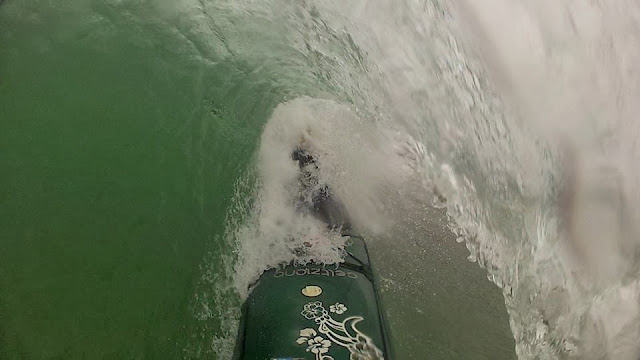